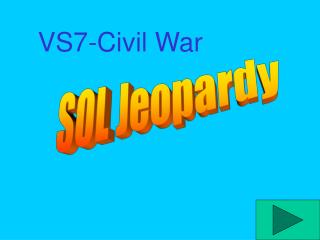 Directions for Number Sense Vocabulary Jeopardy SOL 6.1 – 6.5 - . press the f5 key to start the game. click on the

HSAP Literary Terms JEOPARDY - . answer $10 did you hear that?. this line from poe’s “the raven” contains an