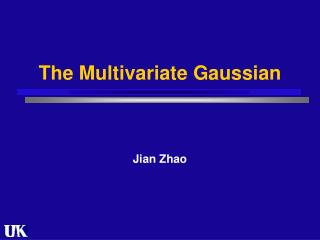 The Gaussian Primes - . tony shaheen csu los angeles. this talk can be found on my website:

Gaussian Smoothing - . gaussian smoothing is the result of blurring an image by a gaussian function. it is also known as