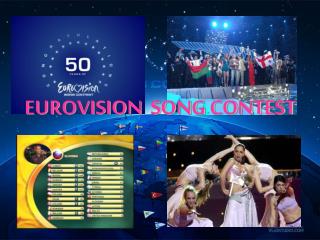 EUROVISION SONG CONTEST. INTRODUCTION. Annuan music competition held among active members countries of EBU. It is one of the most watched television programmes in the world, with views between 100 million and 600 million people every year. Marcel Bezencon gave the Media (Events), National Identity and the Eurovision Song Contest - . – or why the netherlands will never give belgium

Media (Events), National Identity and the Eurovision Song Contest - . – or why the netherlands will never give belgium

The Linguistic Staging of Euro-Sexualities in the Eurovision Song Contest - . presentation at the workshop

4. Which pop icon has been chosen to represent the UK in this year’s Eurovision song contest? - 1. what has been

Eurovision: the contenders - The finalists for saturday's eurovision song

Best of Eurovision - Highlights from the eurovision song contest 2018 in lisbon,

Television and Radio: Eurovision - . ashley vastag. what is eurovision?. eurovision is a popular song competition held

Celebrities - . « a celebrity is a person who works hard all his life to become well known, and then wears dark glasses