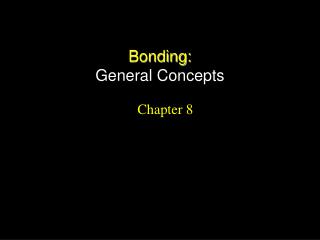 Review of Chemical Bonding - . metal and non-metal. non-metals only. metals only. types of bonding. atoms can be joined