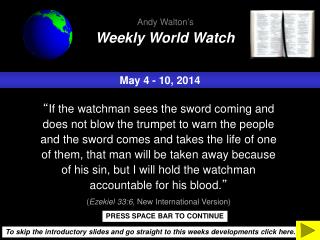 Technology Symposium May 10, 2014 - . green screen creation. everyone can be a movie star!. instructions for making

Open House: May 10, 2014 - . agenda. introductions board members, teachers, staff what is a charter school? about

Scissor Lift Awareness Stand Down Training May 4-10, 2014 - . new england safety training alliance is a sub-committee of

May 2014 - Improving student attendance in california: leveraging our unprecedented opportunities. may 2014. increased

May 2014 - Meeting of the group on experts of national accounts. “explicit measurement of the informal economy in the