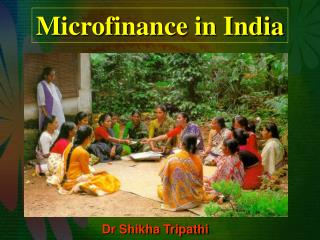 Microfinance - . it refers to the provision of financial services to low-income clients. credit savings/deposits