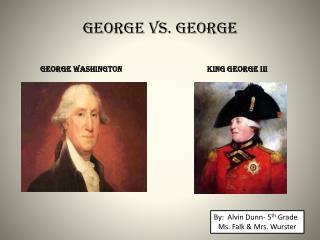 George Rickey - . i tried to keep my mind on mov ement itself, pushing gently on to try to find what was possible and

Of Mice and Men - . jacob cauvel. george. he is the male protangonist george is a dynamic character. in the beginning of

This is George. George was a shy, reserved child - George became the king of england in 1758, at the age of 22 towards

George Orwell - . a brief biography. meet george orwell. “ liberty is telling people what they do not want to hear.