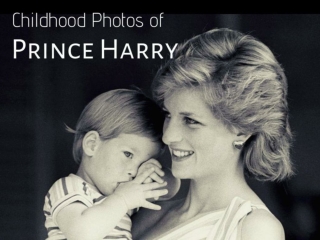 Looking back on the childhood years of Britain's Prince Harry as he announces his wife Meghan, the Duchess of Sussex, has given birth to a boy.

Title of Powerpoint Presentation - . presentation title. points one two three a b