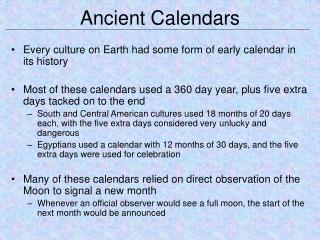 Ancient Calendars. Every culture on Earth had some form of early calendar in its history Most of these calendars used a 360 day year, plus five extra days tacked on to the end Corporate Calendars - At promotional calendars, we offer the unique range of corporate calendars with excellent

Timelines and Calendars - . man’s fascination with time. origins of calendars. as man began to live in more complex

Calendars and Appointments - . skillport course: using the calendar for appointments, events, and meetings in outlook