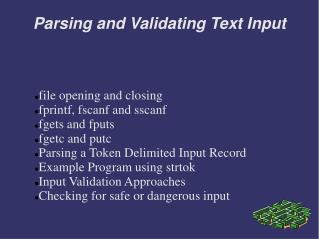 Grammars and Parsing - . application of recursion. so far, we have written recursive programs on integers: factorial,