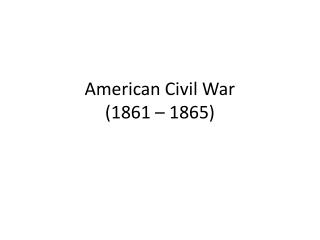 American Civil War (1861 – 1865). Themes . Compare and contrast North and South Highlight some of the important battles of the Civil War and life for soldiers . President Lincoln . Seven states had seceded; many thought he could not handle the situation that was presented to him