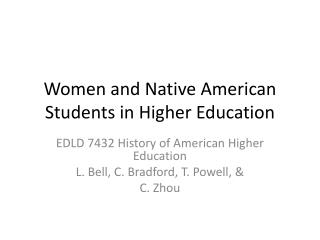 Women in Higher Education - . background. asset was founded by chris and heather lukolyo in 2008. chris was born, raised

Undocumented Students in Higher Education - What does it mean to be undocumented?. expired work or visitors visaentered

STUDENTS WITH DISABILITIES IN HIGHER EDUCATION

DISABLED STUDENTS IN HIGHER EDUCATION REGULATION - . link network conference you + i = together the slovenian association