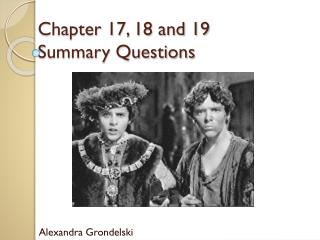 CHAPTER 5: CONSTRUCTING OPEN- AND CLOSED-ENDED QUESTIONS - . damon burton university of idaho. what is the difference

Welcome - . to. jeopardy!. chapter 14 – methods of therapy. directions: scroll through the presentation and enter the