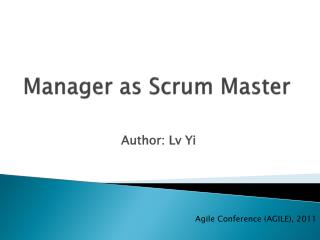 Scrum Master vs. Project Manager: Differences and Similarities - While serving as a project manager in a leading firm,

Online Scrum Master Certification - To understand what scrum technology is, it is important to know that this is