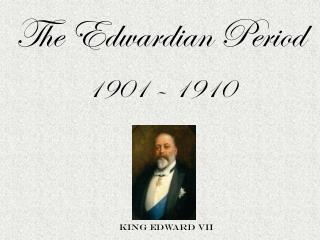 The Edwardian Period 1901 – 1910. King Edward VII. Welcome to 5 th June, 1909. You are lucky enough to be attending Church Road School, Yardley. Let’s find out a bit more about the time you are living in…. The Romantic Period (1785-1830) - . the following short lecture on the romantic period serves as an introduction to the