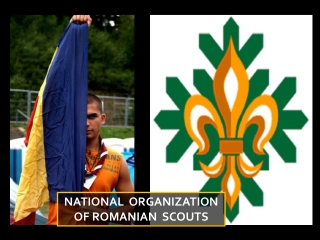 NATIONAL ORGANIZATION OF ROMANIAN SCOUTS. Beginnings of Scouting in Romania. Scouting appeared in Romania just a few years after the beginning of the World Scout Movement, initiated by Lord Baden Powell. NATIONAL ASSOCIATION OF SCOUTS OF HAITI (NASH) - . a motto : be prepared. for several years the country has suffered many