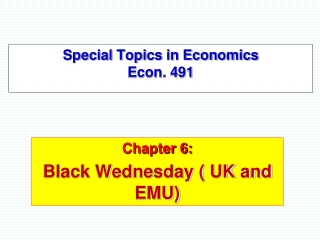 Special Topics in Economics Econ. 491. Chapter 6: Black Wednesday ( UK and EMU). Central exchange rates for each currency against the ECU were established, allowing a fluctuation band of 2.25% for most currencies against the central rate.