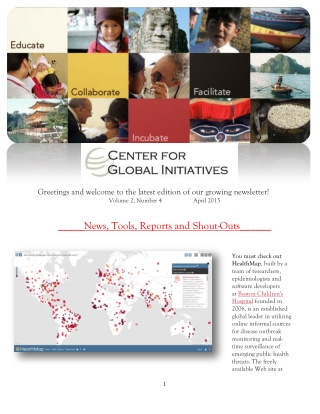 I hope you find this issue to be informative and helpful in your work. Please send me any information you’d like posted in upcoming issues. The embedded links may not work in SlideShare, so please feel free to email me for a copy at DrChrisStout@gmail.com to be added to our email list. You can join our Facebook Group and interact with over 1200 likeminded individuals at: https://www.facebook.com/groups/CenterForGlobalInitiatives/ Any recommendations to improve this communique would be most appreciated! And if you’d like to support the Center’s work with a tax deductible donation, that would be fantastic(!) and do a great deal: http://centerforglobalinitiatives.org/donateNow.cfm Cheers, and thank you for your work, Chris April Newsletter - . may sale!!. cool off with pce may specials free 32oz. fountain drink with an oil change free 32oz.