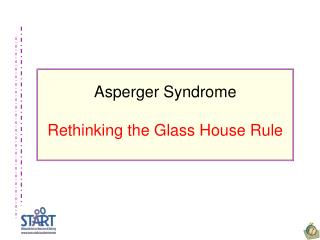 Glass for Fire-Resistance - . contents. float glass manufacture effects of heat on glass when to specify fire-resistant

Glass in interior architecture - . until the 1750’s glass was only made in small sizes due to the difficulty of

Waardenburg Syndrome - . jasmine cherry. what is it?. waardenburg syndrome is a group of changes within genes that can

Trisomy 18 or Edward's Syndrome - . by austin scharfstein. how does the disorder occur?. trisomy 18, or edward's

A theoretician working on glass - My principle aim in the original hedrick lectures, as well as in this enlarged version