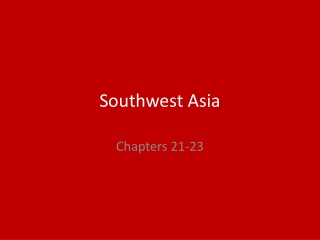 Southwest Asia - . geographic understandings. the rivers are important because much of the region is desert or