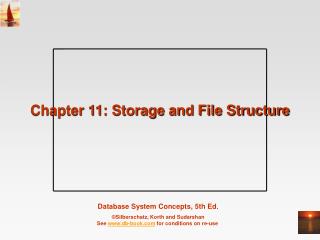 Storage and File Structure II - . some of the slides are from slides of the book ‘’database system concepts fourth