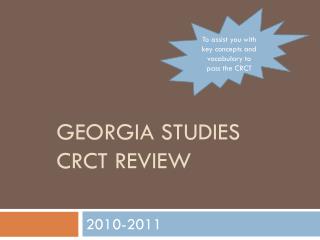 Social Studies CRCT Review - . mary mcleod bethune: how did she help improve education opportunities for all

Social Studies CRCT Review - . many people did not think the constitution was complete and wanted to add a bill of

Social Studies CRCT Review Questions - . 1. there are many different ways to describe america. which of the following

Mastering the Georgia CRCT - . practice test. 1. which word in the sentence is an abstract noun?. poets often like to