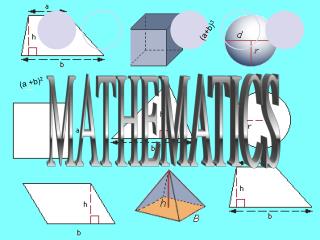 (a+b) 3. (a +b) 2. MATHEMATICS. Children, Have you come across figures of the following types?. Do you know the name of these shapes?. “…geometric shapes are the alphabet in which the book of nature is written." -Galileo. What is a Quadrilateral?.