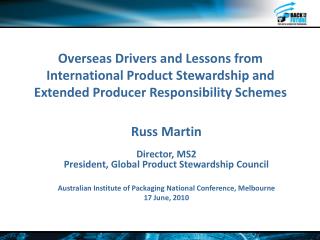 Midwest Product Stewardship Council (MPSC) - . our mission: a group of government organizations that promote a common

MS2 - . progress. this is the sculpt from mudbox . just basicly blocking in the shapes