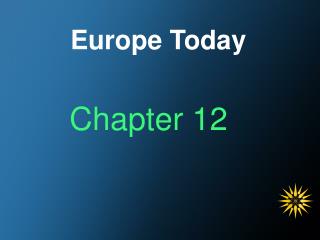 Europe Today. Chapter 12. Northern Europe. Iceland’s huge chunks of moving ice are centuries old. Iceland, however, is not a bitter cold wasteland. It has a relatively mild climate even though it is near the Arctic Circle. The people of Iceland have History of the Turkic speaking peoples in Europe before the Ottomans - . eastern europe from the 4 th to the 10th

Geography of Europe - . ch. 9.1 study the geography of the europe and the eurasian land mass, including its location,

Issues in the Comparison of Welfare Between Europe and the United States - . robert j. gordon napw iv conference, nyu

Physical Geography of Europe - . where does europe stop?. europe and asia are both continents, although they are both