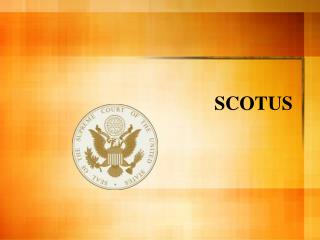 Is Ralphs consistent with SCOTUS on content neutrality? - Waremart concluded that the moscone act violates the first

Justices of the Supreme Court of the United States “SCOTUS” - . the roberts court. the current justices???. current