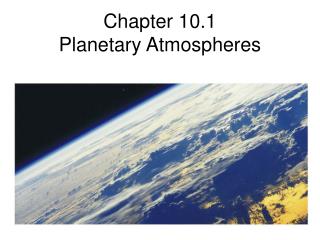 EART164: PLANETARY ATMOSPHERES - . francis nimmo. course overview. how do we know about the gas envelopes of

The dynamics of planetary atmospheres - . theoretical concept is formulated in the geophysical fluid dynamics – the