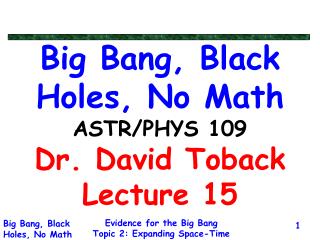 Balanced Math Framework - . august 15, 2013. getting to know you... math style. grab a bingo card from the middle of your

Mental Math - . a life long skill. why mental math?. calculating in you head is a practical life skill. mental math can

In the Beginning God created… - . the heavens. …and the earth. credit: apollo 17 crew, nasa. presentation is as