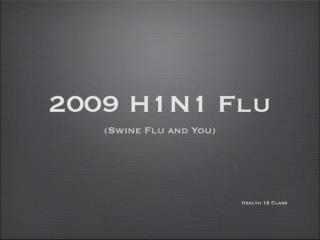 Book H1N1 - H1n1 flu is also known as swine flu. it's called swine flu because in the past, the people who caught it had

H1N1 in schools - . by: zac clark. introduction. swine flu is a very dangerous disease that has infected the united

Swine Flu –H1N1 - . virrulent viruses and vaccines. kwl. create a kwl chart. under the k column , list everything you