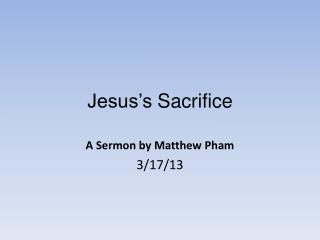 Lesson 1 Jesus Visits Mary and Martha Luke 10:38-42 - The point: we can have a friendship with jesus. key verse: “you

WHAT A SAVIOR - Atoning sacrifice keeper of this life hallelujah, you are savior beginning and the end forgiver of my sin