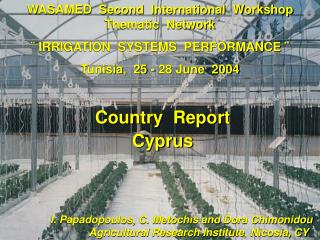 The Performance Bottleneck Application, Computer, or Network - Richard carlson internet2 part 1 outline why there is a

Distributed Systems - . set of computers connected by a communication network. gives the user an illusion of a single

IRRIGATION SCHEDULING - . usda-ars. crop et pet networks how to obtain &amp; use information from the internet.