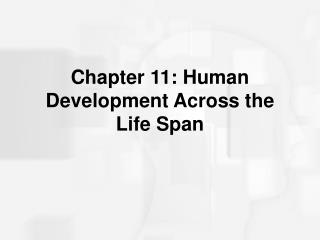 Week 2 Chapter 4 Life Span Development - . what are traditional birthing procedures in your culture of origin? what are

Chapter 12 - . life-span development. the study of development. focus on the life span, from infancy to old age: physical