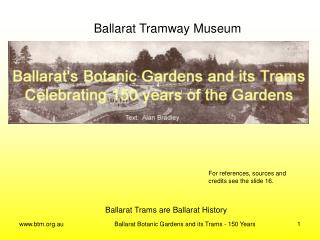 Ballarat Tramway Museum For references, sources and credits see the slide 16. Ballarat Trams are Ballarat History The Botanic Gardens were Ballarat’s first tourist attraction. The Gardens became even more popular after marble statues (imported from Italy as a gift to

Backpage Ballarat | Cracker Ballarat - Https://www.icracker.com.au/cracker-ballarat is the best-classified website for

UNIVERSITY OF BALLARAT - . risk management overview of the development of policies and procedures john gavens managing

Ballarat Cleaning Services - Egv - Hello there, egv is here for you with our ballarat cleaning services, we are known for

Museum - . by amber martinez . ”i never had my house pushed over before. never had my family stuck out on the road.