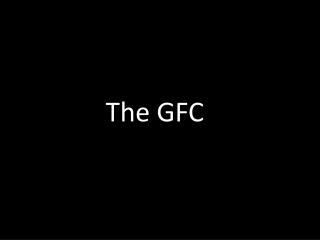 The GFC and The New Capitalism - . an ethical response. is there an alternative?. “political and economic conventional

St Clarets GFC - . under 13 girls at the tara j french tournament in september

St Clarets GFC Youth Presentation 2014 - . thanks to everyone who helped make 2014 such a huge success for st clarets gfc

St Clarets GFC Youth Presentation Evening 2012 - . the under 10s with their trophies and managers. the under 12s with

(Some of…) What the GFC says about Finance (and vice versa) - . david johnstone nab professor of finance university of