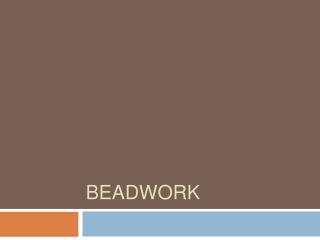 BEADWORK . Beadwork. The Indigenous peoples of the Americas made beadwork for centuries prior to the arrival of Europeans in North America. The First Beads . Seeds, beans and berries were most likely the first beads used, then shells in their natural state.