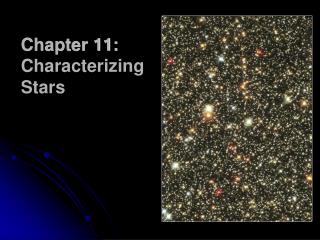 Unit 4 Astronomy: the science of the stars - . warming up. what are the names of the eight planets that circle our sun?.

Star Life Cycle - . fill in the chart when you see a yellow star. take notes on the stars and events as well. . stars.

Announcements - . next section will be about the properties of stars and how we determine them. the spectral lab will be

Chapter 9 Stars - . this chapter concentrates on five goals : knowing how far away stars are how much energy they emit

Chapter 12 Star Stuff - . 12.1 star birth. our goals for learning: how do stars form? how massive are newborn stars?. how

Chapter 11 Surveying the Stars - . 11.1 properties of stars. our goals for learning: how do we measure stellar

Stars and Galaxies - . unit: stars &amp; galaxies. topic: our sun. objectives: day 1 of 4 i will learn the definition

Constellations &amp; Stars - . i. constellations. group of stars that appear to form a pattern in the sky. 88