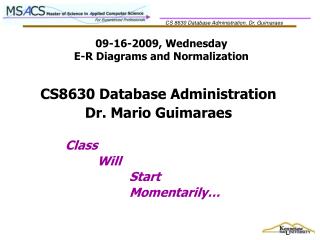 Normalization of Database Tables - . in this chapter, you will learn:. what normalization is and what role it plays in

Process Models: Data Flow Diagrams - . special thanks goes to dr. jack t. marchewka for many of the ideas and examples

Unit 7 Logical Database Design With Normalization - . normalization in context. logical database design. we are given a

Metamorphic Phase Diagrams - . differ from igneous phase diagrams show a snapshot of all compositions at given t,p rock