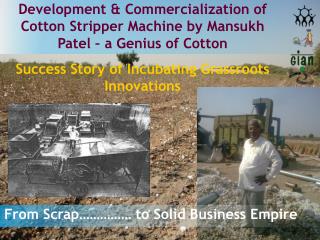 A Leader's Guide to Implementing Genius Hour - A presentation based on the book "liberating genius." it covers

The New South - . review. what was the name of the movement that sought to expand industries, to diversify agriculture

The form of forced labor of African Americans in the South before the Civil War - . what is slavery?. the invention in

Causes of Civil War - . u.s. cp. today’s objectives. know the sectional differences that existed between the north and

Cotton Mather - . b. franklin. “you are young, and have the world before you; stoop as you go through it, and you will

Chapter 10 “Chemical Quantities” - . yes , you will need a calculator for this chapter!. pre-ap chemistry charles

Slavery, Sectionalism and Manifest Destiny - . 1820-1860. the south and the slavery controversy. chapter 16. i. cotton is