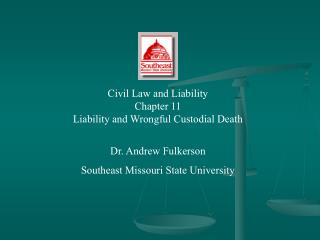 Civil Liability - . aims and processes. what would happen if…. you all won a sunny vacation to cancun. what are torts?.

Chapter 11 Product Advertising and Liability - . development of product liability. initially no liability for the seller