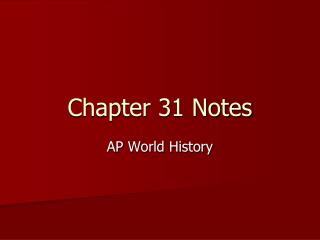 Chapter 31 Notes. AP World History. I. The Cold War. A. The United Nations

UNIT 6 NOTES - . chapter 16: classification of matter. what is matter?. anything that contains mass and takes up

Lecture 1: Prerequisites - These notes are intended for use by students in cs0401 at the university of pittsburgh and no