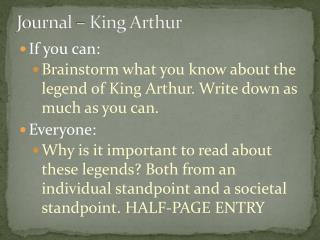 The Burger King Study - . townsend &amp; levy (1990) who would you prefer: a well-dressed unattractive person or a

Arthur Miller’s The Crucible - . a criticism of current affairs &amp; an examination of history. playwright’s

Journal Day 51: - . describe the event in your life which you can describe as the “most emotional time of my life.”

Journal Articles - . what is the very first section of a journal article, after the title, called?. abstract. what is the