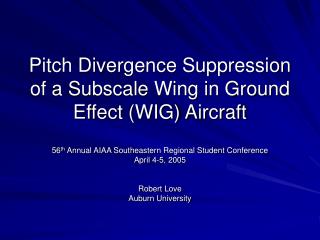 Pig in a Wig - . ms. heningburg and ms. mcgriff’s first grade class. you are so pretty, miss pig.!. the big pig in a

Pig in a Wig - . today we will read and sing about dogs. their owners make sure they are neat. have you ever helped take

The Effect of Aerosols on Precipitation – Suppression or Enhancement? - . kate cerully 4/21/09. how do aerosols form