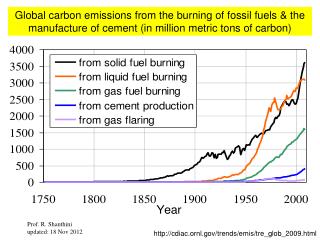 Movie? - . required viewing of one-hour movie “reactions,” with writing response. would you attend a screening of

20 Sept. 2011 - . objective : you will be able to: review making calculations and manipulating measurements determine the

Carbon Footprints - . what is a carbon footprint

Fossil Fuel Combustion and the Economics of Energy - . fossil fuel emissions information. tabulations of emissions by