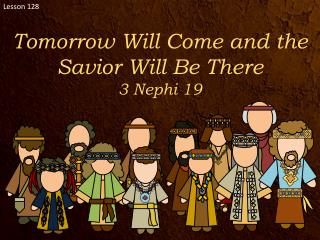 Lesson 128. Tomorrow Will Come and the Savior Will Be There 3 Nephi 19. Nephi. He was chosen by Jesus Christ to become one of the first of the Twelve disciples and baptized the other Twelve disciples He raised his brother Timothy from the dead (3 Nephi 7:19; 19:4) Lesson 128 - . learning goal: (you should be able to…) describe how the amount of dna kept the same from generation to

Lesson 3-1 - What is force?. a force is a push or a pull on an object. force has both size and direction. you can use