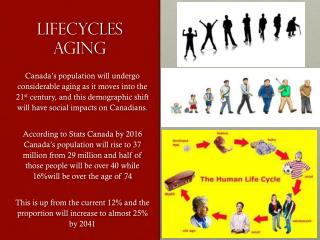 Lifecycles Aging. Canada’s population will undergo considerable aging as it moves into the 21 st century, and this demographic shift will have social impacts on Canadians .

Vinification and Aging of Red Wines - Tannin and oxygen management: reactions of tannins with oxygen and their sensory

The elderly - . aging. aging - the process by which human behavior alters with time wisdom and judgment become more acute

USE OF SUPPLEMENTAL NUTRITITION IN THE AGING POPULATION

Presbylaryngis: The Aging Voice - . by karen vanderploeg. prevalence/age of onset. the san diego center for voice and