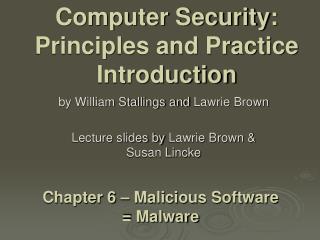 Computer Security: Principles and Practice - . linux security. based on the first edition by william stallings and lawrie