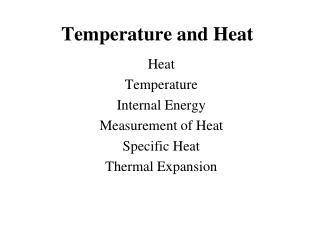 WHAT HAPPENS TO LATENT HEAT? - . sinks of insolation. 1. sensible heat flux . energy used in changing the temperature of

Heat and Thermal Energy - . temperature!. how hot or cold something is with respect to some standard. try this! what do