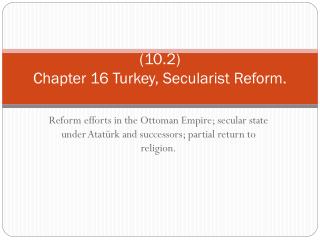 Chapter 8: Reforming American Society - . religion sparks reform. question of the day. based on your guided reading

Why was the Reform Act of 1867 passed? - . what were the factors favouring reform in the 1850s?. learning objectives: to

CHAPTER 18: AN ERA OF REFORM - . prison reform: conditions before reform. jail inmates were in chains &amp; lived in

HEALTH CARE REFORM - . what it means for you. why did we need health care reform?. what did we win?. myths and lies.