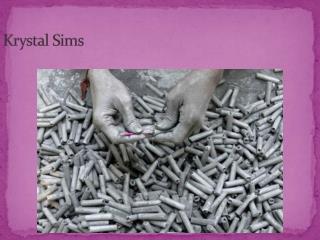 Krystal Sims. Background Information:. A worker makes firecrackers at a factory for the upcoming Diwali festival, on the outskirts of the western Indian city of Ahmedabad October 8, 2011. Firecrackers are in great demand ahead of Diwali, the Making The Sims the Sims - . how we make objects and sims behaviors in sims2. who am i?. jake simpson. lead simulator

SIMS-201 - . representing information in binary. overview. chapter 3: the search for an appropriate code bits as building

SIMS Personnel - . tashya sendanayake. questions. how many draft versions of the stpcd 2013 was published, before the