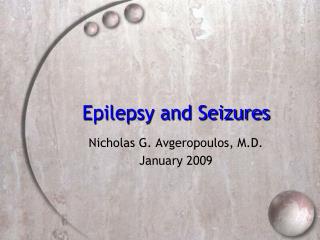 Epilepsy/seizures - . amber kendall &amp; jalisa hendricks. what is it?. epilepsy is a brain disorder in which a

Epilepsy Seizures - 2007. 2. what is the difference between